After first impacting the deal-doing environment in March, the effects of the Covid-19 crisis on European private equity became much more pronounced over the course of Q2, with dealflow slowing sharply from 827 in Q1 to 714 deals.

As the crisis had a disproportionate impact on larger M&A processes, the effect on aggregated deal value was even more drastic: overall, deals worth just €26.1bn were recorded, down from €70.9bn in Q1 and representing a 20-quarter low. The main driver behind this was a steep fall in large-cap buyout deal value, which plunged to €5.4bn from €43.4bn in Q1. 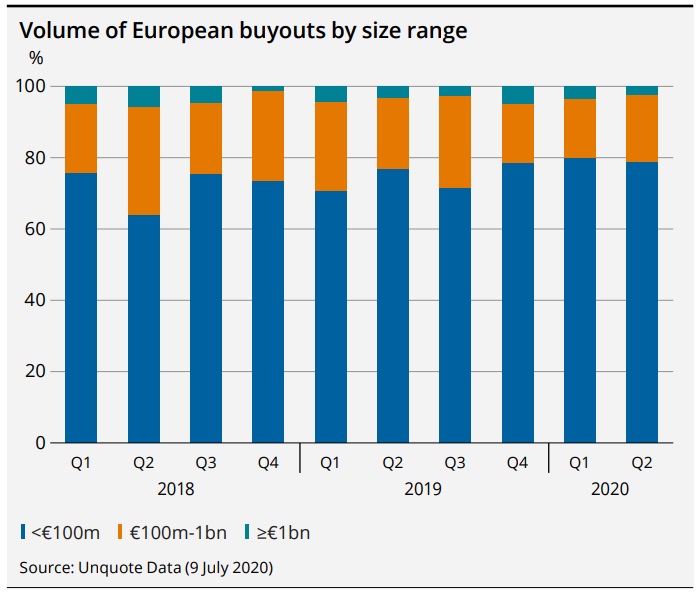