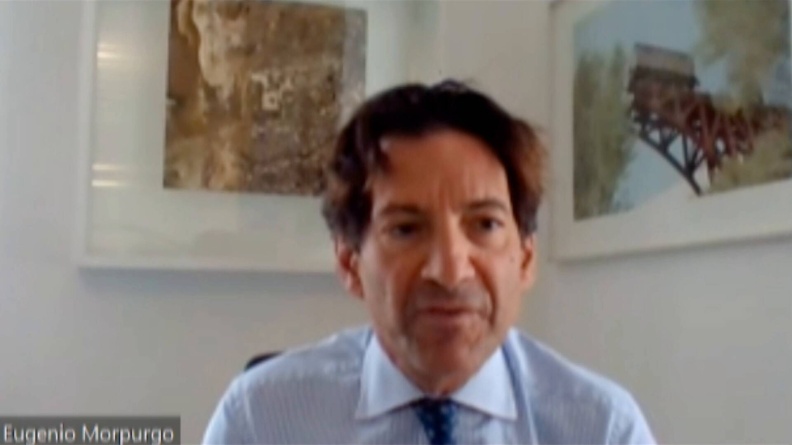 Deal Strategies in a Slowdown

In recent years, there has been record levels of dry powder available to GPs and the increase in market volatility has seen a reduction in valuations that have also been at record highs. Now that price multiples have fallen, PE managers are in a strong position to deploy capital and acquire high-quality assets at more attractive valuations.

The rise in distressed companies that require additional support provides an opportunity for managers with experience of turnaround and special situation funds. There is already evidence of domestic Italian GPs exploring these opportunities through the launch of new debt and restructuring funds. One possible lasting impact of this unprecedented health and economic crisis, is a shift in the role that private equity plays in providing support beyond the provision of capital.

Institutional perspective - The LP of the future

Luca Bucelli joined Tikehau Capital in 2014 where he is currently Head of Italy. He opened the firm Milan office and started up the activities in the country performing 13 Private Debt transactions (Direct Lending and Leveraged Loans), 2 PE Real Estate investments, and fundraising from more than 50 institutional clients.

Prior to joining Tikehau, he worked for AlixPartners turnaround and restructuring practice in Paris and Milan, for Citigroup Alternative Investment fund of hedge funds in New York, and for Lehman Brothers Corporate Finance M&A in London and Milan.

Luca Bucelli holds an MBA with distinction from the New York University Stern School of Business and graduated in Business Management from the University of Florence.

Giorgio is Senior Managing Director at CVC and is based in Milan. Prior to joining CVC in 2005, he worked for over four years in the Mergers and Acquisitions team at Morgan Stanley. He is a member of the Board of Directors of DOC Generici, Sisal, Conceria Pasubio and Lecta. Giorgio holds an MSc in Nuclear Engineering from the Politecnico di Milano and an MSc in Industrial Engineering from the École Centrale de Paris.

In Private Equity since 2000. In Alto Partners, Raffaele de Courten focuses on deal origination, debt structuring and relationships with investors, with significant expertise in debt financing and corporate lending. He has particular expertise in the services, consumer goods and industrial and commercial machinery sectors. Prior to joining Alto Partners, R. de Courten worked for the European Investment Bank in Luxembourg as the personal counsel to the Italian Executive VicePresident with responsibilities, in particular, for the assessment and development of investments in Private Equity and Venture Capital funds, and borrowing and lending operations in Italy. Prior to joining the EIB, R. de Courten worked for 11 years in the corporate finance department of Mediobanca in Milan, first on equity transactions and later in charge of the funding strategy of the bank on the debt capital markets as well as the organisation of debt operations for the bank’s clients. He was member of AIFI’s Board of Directors from 2010 to 2015 and Chairman of AIFI’s Mid Market Commission from 2013 to 2015. From 2005 to 2015 R. de Courten was Professor of Private Equity at the Postgraduate School of Economics and International Relations at the Università Cattolica del Sacro Cuore, Milan. R. de Courten holds a degree in Business Administration from LUISS University in Rome.

Eugenio Morpurgo is Chief Executive Officer and founding partner of  Fineurop Soditic S.p.A., company of the Fineurop Group which focuses on M&A  and debt advisory services. He is also a board member of Fineurop S.p.A.,  Fineurop Investment Opportunities S.p.A.,  and Chairman of Fineurop  Partecipazioni S.p.A.

He started his career at the financial group Matuschka  in Munich before moving to Deutsche Bank where he worked in the corporate  finance and capital markets areas in London, Frankfurt and Milan.

Eugenio is Professor in Investment Banking (Academic  Fellow) at Bocconi University in Milan.

He is Member of the Board  of AIFI (Italian  Association of Private Equity, Venture Capital and Private Debt), as well as  Chairman of the M&A Commission of AIFI.

Prior to Equita, he has been a partner at BS Private Equity, one of the leading PE firms in Italy, where he managed a number of transactions involving Italian SME’s from 2001 until 2012.

Paolo started its career at Goldman Sachs in London in 1992, firstly in the Credit Department and then in the Leveraged Finance department, structuring leveraged loan facilities for Italian and French buy-outs.

Denise joined Unquote in June 2016 to spearhead our GP and LP profiling effort. She now focusses predominantly on the secondaries market and features. She is a seasoned moderator at Acuris events and a regular Unquote podcast guest and interviewer. Prior to this, she spent almost nine years at Unquote’s sister publication Debtwire as Mid-Market Editor setting up the product in 2012 after five years covering leveraged loans and the restructuring market. Denise graduated from Edinburgh University with a degree in History and also has a master's from the Victoria & Albert Museum.