With the Covid-19 outbreak leading investors to suddenly reassess their exposure to private equity, some GPs have feared that a number of LPs could start defaulting on commitments. But such fears appear somewhat overblown, writes Denise Ko Genovese

When a financial crisis hits, talk of defaults rises in all camps as institutions and individuals struggle to meet their commitments. LPs are not immune to the rumours and, when the coronavirus lockdown began to impact markets in March, talk of limited partners being unable to fulfil their commitments was rife.

Capital calls are currently running well in excess of distributions, so private equity programmes are seeing cash outflows on a net basis after years of inflows, further boosting speculation about a spike in LP defaults. But several market players believe that since the modern LP universe mostly comprises well-funded institutional investors, the idea of widespread defaults remains an urban myth for now.

"There has obviously been disruption," says Nicolas Vagner of Axelium Capital, an independent placement agent and GP consultancy, "but much of it has been just logistical, which in some cases has led to LPs being simply a bit late funding capital calls, since the process hasn't been originally designed to be fully dematerialised. Short notices for some of those portfolio cash injections or opportunistic acquisitions have also compounded the problem. 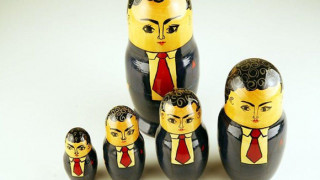 The Westin Singapore and Online