Following another period of lacklustre exit activity in Q3, even as deployment was picking up, October saw a notable spike in divestments by PE players across Europe.

GPs announced full or partial exits from 92 investments in October alone, according to Unquote Data. This is a 50% uptick on the September figure, a whopping 113% increase on the low point of 43 exits reached in April, and compares favourably to the 88 exits recorded on average per month between January 2018 and February 2020. 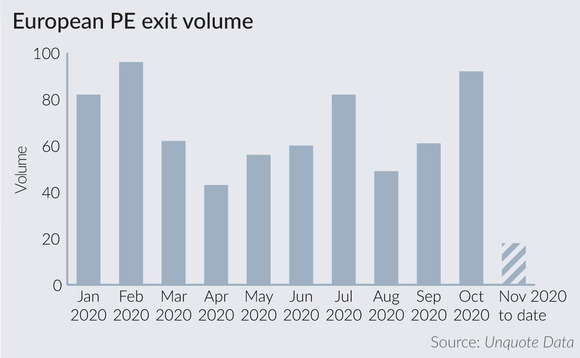